★★★★   "A trio of talented performers,
wonderful production design
and a lovely atmosphere,
well worth seeing" 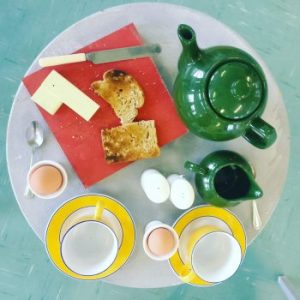 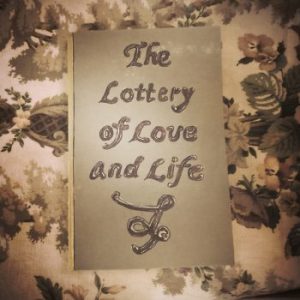 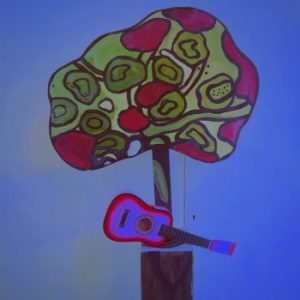 The multi-platform review site for books, opera, theatre and film

King’s Head Theatre and Irrational Theatre have put on a trio of rare comedic gems with the same three great cast members who each have a chance to shine. It began with John Whittaker’s one-act opera The Proposal based on a short play by Anton Chekhov. It is about Ivan Vassilevitch Lomov going to the house of Stepan Stepanovitch Chubukov to ask for his daughter, Natalya Stepanovna Chukukov’s hand in marriage.  The problem is that Natalya and Ivan keep fighting over and over again, and Ivan has a bad disposition and keeps getting ill. This is a great first opera to get the audience in to it; it’s a bit slow to start but once it gets going it’s funny and leaves you with a smile on your face. A great farce. Andrew Sparling as Stepan is the highlight of this one. Opera 2 is the shortest opera in the world, a whole 3 minutes and 34 seconds, Peter Reynolds’ Sands of Time, about a couple having a fight whilst making breakfast. I really enjoyed this, it’s short, sweet and funny. Le 66 is a moral tale from Offenbach about not letting money change you (a lotto win is involved). My favourite of the night, it has great music and is wonderfully slapstick (the dancing and the ‘Allo ‘Allo style German accents) whilst also making a good point which is as necessary now as it was when it was first written. Lucy Elston as Grittly and Laurence Panter as Franz were fantastic, Elston in particular has impressive control. I’m really glad that Irrational Theatre decided to put on this triptych of rare comic operas, each is so different and funny with a trio of talented performers, wonderful production design and a lovely atmosphere, well worth seeing as the chance of seeing all three again is pretty slim, especially with such good performers.

A rare and special chance to see these three comic gems performed with piano and flute. Peter Reynolds’s Sands of Time: The Guinness book of records shortest opera on earth at 3 min 34, intended to ‘match the boiling of an egg’. A new comic opera commission by John Whittaker:The Proposal based on an early Chekhov satire and a fun tale of mixed fortunes in Offenbach’s Le 66, performed for the first time in the UK with an English Libretto by Matthew Toogood and Ellen Leather.

★★★★ As I left the theatre I felt like yodelling along with the score, and I’ve not said that since I saw Frank Ifield live in 1984. Pub Theatres

TRIPTYCH OF COMIC OPERAS http://pubtheatres1.tumblr.com/post/170841396082/triptych-of-comic-operas-kings-head-theatre-11 Triptych of Comic Operas King’s Head Theatre 11 and 12 February 2018 “Modern operas with an irrational twist” ★★★★ Irrational Theatre’s Triptych of Comic Operas is just that - a trio of satirical and certainly irrational pieces linked by the relationships of three characters in each opera, and the same three singers who portrayed them. This well constructed, cohesive bill began with an adaptation of The Proposal, originally written by Chekhov in 1888-89. Accompanied on the piano by its composer John Whittaker, it introduced the programme’s two main themes – relationship conflict and wealth. On this occasion, the conflict was predominantly between Ivan Vassilevitch Lomov, sung by Laurence Panteg and the woman he wishes to marry, Natalya Stepanovna Chubukov, sung by Lucy Elston, and concerned the ownership of some land and the comparative quality of the squabblers’ dogs. The role of Natalya’s stoic father was sung by Andrew Sparling. This was perhaps the most absurd of the three pieces, with hypochondriac Ivan constantly protesting that he was going to die. The inclusion of a pretend (invisible) dog was off putting; unfortunately, Natalya sings a song about the dog, so it had to be represented on stage. The second opera, The Sands of Time, is hailed by the Guinness Book of Records as ‘the shortest opera on earth’. Lasting for three minutes and 34 seconds, it was intended to 'match the boiling of an egg’ and 'create a piece which bore the same relationship to opera as a miniature does to a full-length portrait’. Complete with an egg timer to demonstrate the brevity of the piece, the story incorporated an argument over a boiled egg for breakfast, as well as the announcement, by Spalding, that the couple had won the football pools. The third opera, Le 66, was by far my favourite, as – whilst very silly – it was exquisitely sung. Offenbach’s 1856 score showcased the vocal talent of both Panter and Elston; the latter of whom was excellent throughout the evening. Here, as in the previous two operas, Spalding acted both as the linchpin between a young couple - this time Grittly (Elston) and her cousin Franz (Panter), and the catalyst for financial change. As I left the theatre I felt like yodelling along with the score, and I’ve not said that since I saw Frank Ifield live in 1984. Triptych of Comic Operas presented by Irrational Theatre www.kingsheadtheatre.com The Proposal, composed by John Whittaker from a play by Anton Chekhov The Sands of Time, composed by Peter Reynolds to a libretto by Simon Rees Le 66, composed by Jacques Offenbach with a new libretto by Matthew Toogood and Ellen Leather Reviewer Deborah Jeffries is a PhD Researcher at the University of East London and Rose Bruford College. Her thesis is entitled ‘Legitimising the Victorian Music Hall’, and it contests the notion of legitimate versus illegitimate theatre. It also investigates theatre architecture, purpose and licensing. She has worked for Hoxton Hall and Wilton’s - two of the UK’s four operational Victorian music halls, as well as the more modern incarnation, Brick Lane Music Hall. Her MA in Drama from Goldsmiths explores the difference between music hall and variety theatre, and the place of each genre in modern popular culture. She has reviewed music and theatre across the UK for over 30 years.
Who said opera had to be stuffy, dense and obtuse? Irrational Theatre presented not one but three miniature one act operas full of frivolity, each as absurd as the last. It may not have been the most refined or sophisticated evening of opera, but its whimsy was infectious. Sometimes fun comes in small packages.
3 Stars  The Gizzler Review

It is always a pleasure to see little known works, but you never know quite what you’re going to get. Irrational Theatre came to the King’s Head yesterday evening What it did have was bags of energy, complete with comedy accents, that made the silliness of this charming operette such fun. If they had been able to inject that energy into The Proposal it may have been more engaging.

You may never get to see them again – so here’s your chance.